What’s an Opioid Antagonist? Your Guide to WV Suboxone

What’s an Opioid Antagonist? Your Guide to WV Suboxone

Here, we get nitty-gritty on the science behind opioid antagonists as a recovery tool. 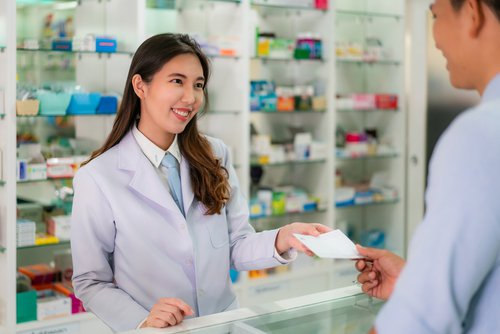 Recovery from an opioid addiction may be one of the most difficult things you’ll ever have to do in your life, but when you take the important step of receiving help from a West Virginia addiction recovery professional, you’ll gain access to new resources that may make your journey a little less daunting. One of these resources is medication-assisted treatment, completed with the help of an “opioid antagonist” such as Suboxone. But what is an opioid antagonist, and how exactly does it work?

At Recovery Care, Dr. Rosen and her team of addiction treatment providers in WV and Western PA are proud to offer patients medication-assisted treatment as part of their opioid addiction recovery program, and to educate them on their options throughout their recovery journey. Here, we get nitty-gritty on the science behind opioid antagonists as a recovery tool:

In order to understand the definition of “opioid antagonist,” it’s important that we first discuss the term from which it originates: “opioid agonist.” Opioid agonists include many of the drugs whose use commonly results in opioid addiction, including oxycodone, fentanyl, morphine, and heroin. These drugs “work” by binding to a particular part of your brain that is designed to receive messages from your nervous system regarding things like pain and mood. When you use an opioid agonist, these receptors are activated, resulting in the sensation of being high.

So, Agonists = Abused Substances? Not Quite.

Historically, some types of opioid agonists -- known as “partial agonists” -- have actually been used to treat opioid addiction. In fact, the original medication that would eventually be developed into Suboxone is called buprenorphine, which is a well-known partial antagonist.

When buprenorphine hit the scene in 1966, it was meant to provide an alternative pain reliever to morphine, which was industry standard at the time. Partial agonists like buprenorphine technically work the same way as full opioid agonists; that is, by activating the receptors in your brain that control pain. However, the effects are significantly less aggressive than those of a full agonist, and they completely lose their effectiveness at higher doses, making them somewhat less dangerous.

Unfortunately, addiction recovery medications containing buprenorphine and other partial agonists remain fairly addictive, and many patients struggled with becoming addicted to those medications in lieu of the opioids they were trying to kick.

Then What is an Opioid Antagonist?

Finally, we’ve arrived! Now that we have a full understanding of opioid agonists and their role as both addictive substances and tools for recovery, we can truly grasp the way an opioid antagonist works to help you become and stay clean. Where an opioid agonist activates the pain and mood receptors in your brain, an opioid antagonist actually binds to those receptors and blocks any other substance from creating a response. Unlike partial agonists, opioid antagonists like Suboxone don’t cause any sensation of euphoria, so you don’t get high. This makes them less likely to become addictive, and more effective than previous methods of medication-assisted treatment used in the past.

Recovery should never be completed alone, and opioid antagonists -- including Suboxone -- have helped many patients get the leg up they need to get clean and stay clean. That’s why Recovery Care is proud to offer medication-assisted treatment as part of our addiction recovery medical services. 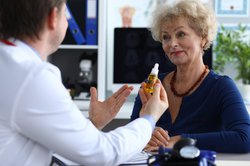 What is CBD, and How Does It Work?

Thank you for subscribing!

You will receive important news and updates from our practice directly to your inbox.